“Achieving our primary mandate of keeping inflation close to target requires us to stabilize the economy and employment first. In normal times, we can achieve our inflation objective by setting the policy interest rate at the appropriate level. However, during major disruptions to the economy and financial markets such as those we are experiencing with COVID-19, we need to take more comprehensive measures to ensure that the financial system continues to play its role of providing credit where it is needed.

For these reasons, the Bank of Canada is acting in several ways to support the economy and financial system and stands ready to take any and all actions that we can to protect the well-being of Canadians during this difficult time.”

LVTS numbers at a glance

In late March and the first half of April, the Bank of Canada announced several programs that will inject liquidity into the financial system. Details on each program can by following the links below:

These programs will take time to ramp up and are separate and distinct from the measures announced by Federal and Provincial governments. As the Bank implements these programs to purchase assets and advance funds, we will continue to see large value payments (in the billions) from the Bank of Canada to other participants in the LVTS.

These rate decisions are intended to provide support to the Canadian financial system and economy by easing the cost of borrowing and supporting a return to normalcy.

When monetary policy includes the provision of extraordinary liquidity, these payments flow through the LVTS. For each payment cleared through the LVTS there is a payor and a payee participant. At all times during the day, there is an equal and offsetting amount of payments sent and payments received.

At the end of each day, each participant is either a net sender or a net receiver of payments, with the net amount of the non-Bank of Canada participants in the system equal to the cash setting.

In times of crisis, the cash setting will change as the Bank of Canada injects liquidity into the system through the purchase of assets from LVTS participants. In March and April to date, the Bank of Canada’s end of day net position moved from $250 million to in excess of $190 billion on April 23rd. Figure 1 illustrates the magnitude of the increase in the Bank of Canada settlement balance resulting from the provision of liquidity to the financial system.

We are processing about the same number of transactions, but the value of these transactions is much higher. The LVTS is more liquid than it has ever been. The Bank of Canada activities have had no adverse impacts on Payments Canada systems, which have operated at 100% availability throughout March and April.

Figure 2 demonstrates the impact of the recent injection of additional liquidity by the Bank of Canada on LVTS values and volumes.

Impacts of Bank of Canada activities on the LVTS risk model

Tranche 2 payments are cleared against Bilateral Credit Limits that participants extend to one another. The use of credit supports the efficient management of liquidity, but also creates credit risk between participants.

Bilateral Credit Limits have been very stable historically. No notable changes in Tranche 2 credit extension have been observed which indicates that participants do not have concerns regarding each other’s credit worthiness as it relates to LVTS payments.

Tranche 1 payments must be fully collateralized in LVTS. In order to send a payment, a participant must have sufficient collateral available at the Bank of Canada to cover the full value of the payment. Tranche 1 collateral

How does the current situation compare to the global financial crisis (GFC) of 2008/2009?

The GFC had different causes than the pandemic situation we are currently experiencing, and required much less intervention by the Bank of Canada. The Canadian economy and our financial institutions were not as exposed to the sub-prime crisis experienced in the United States. The Bank of Canada’s response to the crisis was commensurate with the level of impact to the Canadian financial system.

In 2008, the cash setting was $25 million, much lower than the $250 million level that was in place until recently. Figure 4 demonstrates that the Bank of Canada’s approach was much different, with targeted interventions not exceeding $3 billion, and fairly rapid returns to the $25 million cash setting. The current pandemic situation affects all facets of the economy and the Bank of Canada’s response to COVID-19 has been more proactive and persistent with values in the hundreds of billions. It is likely that the return to the $250 million cash setting will occur gradually over several months.

As the Lead, Financial Market Risk, David is responsible for monitoring the financial risks in the systems operated by Payments Canada and ensuring the risk models are effective in mitigating these risks. David works closely with industry and regulatory stakeholders with a focus on LVTS and Lynx. David holds his CPA, CA designation and prior to joining Payments Canada, worked in corporate insolvency, offshore banking, large bank resolution planning. 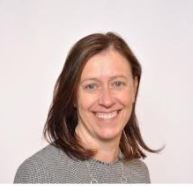 As a Director, Financial Market Risk at Payments Canada, Lise is responsible for ensuring our payments systems comply with the Bank of Canada's Risk-Management Standards for Designated Financial Market Infrastructures and for developing the Financial Risk Frameworks for our modernized systems. Lise has a DBA in finance from the Universite de Sherbrooke specializing in the financial market risk and prior to joining Payments Canada, Lise worked in the banking sector.