These are interesting times in the world of payments. Never have Canadians had so many options to pay (and be paid) for goods and services. From cash and debit card, to cheque and credit card, to electronic funds transfer and wire… the list goes on. Not to mention the myriad channels at one’s disposal to initiate payment -- including directly from the mobile device in our hand! This should come as no surprise; think about how much the way we live, work and interact with one another has evolved in just a few decades. Innovation in payments is simply a by-product of this -- payments must stay current to support the needs and preferences of commerce and society at large.

This past January 3, 2019 was a special anniversary in the global payments sphere, marking ten years to the day that the genesis block was created on the Bitcoin blockchain. Who can forget that implicit ‘shot across the bow’ in 2009, directed by anonymous Bitcoin creator Satoshi Nakamoto toward the existing stewards of the global monetary system -- namely central banks and commercial financial intermediaries -- in the midst of the worst global economic and financial crisis in over 50 years Embedded in that genesis block was an encrypted Times headline from January 3, 2009, referencing the public bailout of the United Kingdom’s banks which, when decoded, translated to:

“The aftermath of the Lehman Brothers bankruptcy in fall 2008 had been the tipping point for economic turmoil, global recession and, subsequently, the controversial “too big to fail” rationale for state intervention. In the midst of this context, Nakamoto’s innovation proposed a bold alternative — a disintermediated, non-state-controlled digital exchange and store of value — to the ailing incumbent system.”

Those having read Satoshi Nakamoto’s 2008 White Paper will recall material concern with incumbent trust-based models in which overall monetary stability and the safekeeping of individuals’ wealth is the primary responsibility of global central banks and commercial financial intermediaries. This is an arrangement wrought with inefficiency according to the author. In response, the paper proposed an alternative approach to peer-to-peer value exchange characterized by advanced cryptography and use of economic (financial) incentives within a decentralized network environment. The solution was demonstrated to solve for the “double spend problem” inherent in digital money systems, thereby eliminating need for trust in any one party, while affording transaction immutability, a high degree of security, and pseudo-anonymity to transactors. (For readers interested in a non-technical introduction to the mechanisms underpinning ‘cryptocurrencies’, including the Bitcoin system, this 2018 paper by Aleksander Berentsen and Fabian Schär at the St. Louis Federal Reserve Bank is an excellent reference.)

As the first major cryptocurrency to launch, Bitcoin has amassed much attention from the global media and regulatory communities. In the past ten years, it certainly has had its share of challenges; from breaches and subsequent bankruptcies at major exchanges (see here for an example), to material disagreement among those inside the Bitcoin community (which led to the Bitcoin Cash hard fork), to the launch of a plethora of competing digital currencies, to regulators either banning outright or warning vehemently of its associated risks, its lack of ‘money-like’ qualities, its negative environmental impact, and even its role in supporting criminal activity (see here and here for examples -- there are plenty more in this regard!). And don’t forget Bitcoin’s much-publicized connection with the illegal drug trade (see here) as well as the major ‘crypto-crash’ of January 2018 which saw Bitcoin drop in value by about 65 per cent.

Yet, despite these significant challenges, Bitcoin has not gone away. In fact, data from blockchain.info indicate that the price of Bitcoin has been relatively stable since the beginning of December 2018 (following the November hard fork on the Bitcoin Cash network), tracking in a range of roughly USD 3200 to USD 4200, with approximately 335,000 confirmed transactions per day on the Bitcoin blockchain. This is not far from the peak of over 400,000 daily transactions confirmed during mid-December 2017, which coincided with Bitcoin reaching its peak price of nearly USD 20,000 the same week. (Charts 1 & 2)

There also appears to be growing global merchant acceptance of Bitcoin as a means of payment for goods and services, including for flights, food, web domains, computer products, and a range of household products. In Montreal, you can even buy poutine with Bitcoin. It also deserves mention that IT World Canada listed both Vancouver and Toronto among its list of Top 10 cities where you can pay the bill in Bitcoin in April 2018. At time of that article, author Alex Coop noted that there were 63 businesses in Vancouver and 73 businesses in Toronto that accepted Bitcoin as payment. In comparison, Los Angeles had 878 businesses accepting Bitcoin!

Merchant acceptance of Bitcoin in Canada was also the focus of a recent survey conducted by CorbinPartners Inc., a social sciences research firm based in Toronto. Key findings of that study were published in January 2016, indicating an overall positive view of Bitcoin among Canadian merchants already accepting it in their everyday business. As the survey summary states,

“...  [CorbinPartners Inc.] found merchant opinions to weigh in favour of the positive side of the coin. Merchants who were interviewed are proud to be part of the digital revolution. They consistently comment on the speed, convenience, security, and valuable innovation. Four of every five merchants interviewed would recommend other business owners adopt it as a payment source. Almost half of the survey participants hailed the lower transaction cost of Bitcoin as compared to debit or credit cards. Said one survey participant “especially when dealing with international clients, it is much, much faster and more painless than PayPal, wire transfers, or cheques -- not to mention huge fee savings.”

Importantly, one of the key findings of the survey was that, when asked what improvements could assist in acceptance of Bitcoin, over half of survey participants cited enhanced consumer education. On this point, the summary states as follows:

“When asked what improvements could help merchants accepting Bitcoin, over half of survey participants referred to the importance of increasing customer awareness. “The general public needs to become more aware of Bitcoin and businesses need to become more vocal about offering it,” stated one business owner. Another said “Encouraging the use of Bitcoin is critical to our success with it. The technology works as it should, and the payment process is reliable—it just isn’t getting market traction.”

Regarding individual Canadians’ awareness and usage of Bitcoin, the Bank of Canada has published the results of three waves of its Bitcoin Omnibus Survey in recent years, with the overall date range of the surveys extending from November 2016 to December 2017. Importantly, the third wave of the survey was conducted during the week of December 2017 when Bitcoin reached its peak value and volume. Published results can be found here and here. Over the period, authors Chris Henry, Kim Huynh and Gradon Nicholls report increasing levels of awareness, knowledge, and ownership of Bitcoin among Canadians, and importantly a shift in rationale for holding Bitcoin from largely payment purposes to largely investment purposes, which is perhaps not surprising given the timing of the survey waves.

Let’s be clear: as a proportion of total payment transactions globally, Bitcoin still only represents a rounding error at most. Notwithstanding, one needs to keep in mind just how young this technology is, and that awareness and comfort with it among merchants and consumers continue to grow.

Whether or not one currently owns or even buys into the merit of private digital currencies such as Bitcoin, in my view this is an intriguing payments development worth monitoring for some time.

From a consumer standpoint, the combination of Bitcoin awareness, knowledge, acceptance, and adoption are vital components to its ongoing development. However, while efforts have been successful to begin to track consumer awareness and usage in the Canadian marketplace, including the recent Bank of Canada studies, there has been minimal formal research on a national scale to gauge Canadian consumer perceptions and attitudes towards Bitcoin…. to begin to understand the experience of those who have either just dipped their toe into the Bitcoin market or who are actively invested, and to truly understand reasons or obstacles for those yet to acquire and use it.

The Bitcoin Sentiment Tracker will also highlight the level of consistency (or potential gaps) between the sentiment of consumers who use or potentially use Bitcoin, and that of the merchants who make it available for payment. It will also solicit views on adoption by the broader Canadian consumer market in the foreseeable future, including reasons for or against, and purposes of use.

The inaugural survey to underpin the Bitcoin Sentiment Tracker was conducted online last year, and included a sample of 1226 qualified respondents across Canada. The sample included 223 respondents who currently hold and/or transact in Bitcoin, and 1003 non-Bitcoin users who are profiled as potential users on a go-forward basis.  The survey was completed between July and October 2018.

The full results of the inaugural Bitcoin Sentiment Tracker release can be found here.

I welcome your thoughts, including what you like and don’t like, and importantly if there are any aspects to this study which should be included but are not. 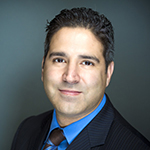 Neville Arjani
Neville Arjani is the former Director of Research at Payments Canada. Neville joined Payments Canada in 2014, following nearly five years in a research and policy capacity with the Office of the Superintendent of Financial Institutions (OSFI) and nearly eight years in a similar capacity with the Bank of Canada. Neville's research interests include settlement risk management in clearing and settlement systems, intraday liquidity management, technology and payments, and the contribution of payments systems to broader economic and financial outcomes.